Here are some better, less day-glo pictures of my Skythians.

Here is one element of Camp Followers, and two Psiloi.  I painted the CF more recently, and I much prefer the slightly less intense colors I chose for them.  These are all Falcon figures, 15mm. 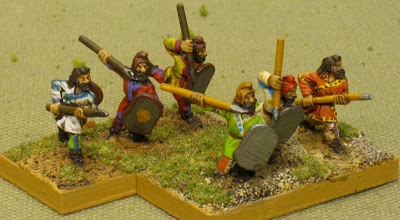 Two Auxilia.  The army list includes only one, but I painted the element on the right for the Battle at the Crossroads 2010, where Skythians were allowed a 13th element in their army.  Essex figures. 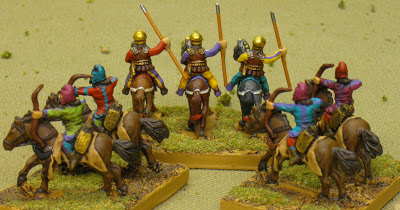 The back side of the cavalry general (Falcon) and two elements of 2LH (Essex).  Apparently those skins on the light horse are the flayed skins of their enemies. 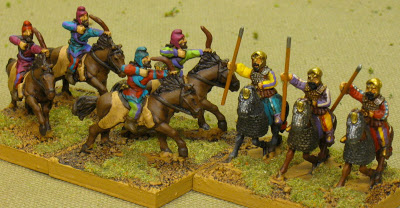 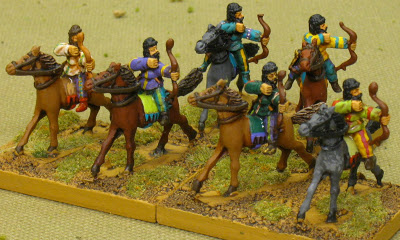 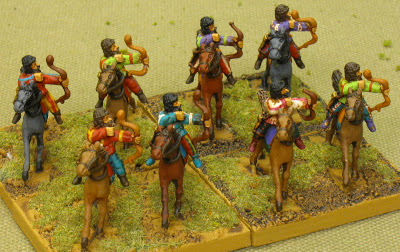