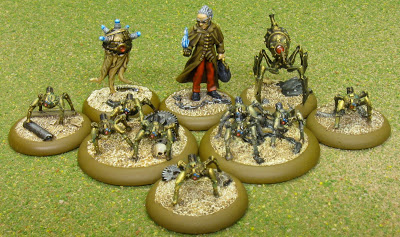 Here is Ramos with his mechanical minions.  I’ve added another Steampunk Arachnid Swarm and an Electrical Creation.  I’ve always used Johann in this crew, but he seems to be best at dying.  When a few more nice looking models are released from the Rising Powers set, I’ll be adding those. 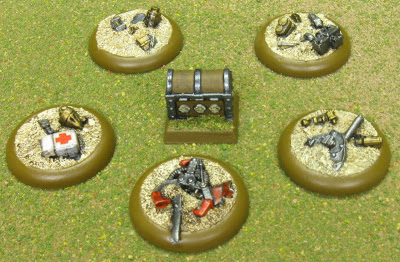 I’ve also built some scrap counters to match my crew, since Ramos needs scrappy bits to convert into more spiders.  In the center is a treasure counter I modelled for Mordheim, that I’ve been using when the need arises in Malifaux.  Of course, I replace the Wyrdstone with Soulstones first. 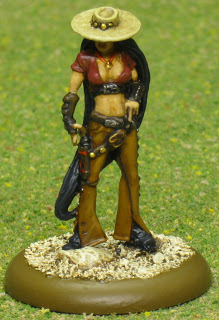 I’m also painting a Perdita crew.  I’m very happy with the way her pants turned out, but she definitely has a face made for radio; luckily she keeps a hat over it.  Once again I started this crew with a full can of Army Painter dull varnish.  Unfortunately it’s hard to shake the can enough, which results in a semi-gloss finish at the beginning of the can, and an ultra-flat finish near the end of the can. 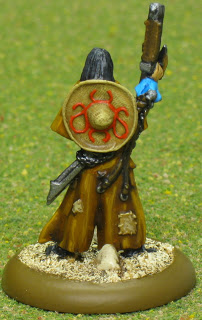 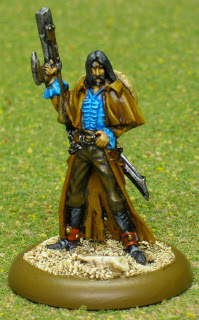 And here’s the star of our show: Francesco “Zappa” Ortega, aka The Grand Wazoo.  Is that a real poncho or a Sears poncho?

His cohorts may consider his shirt a bit flambouyant, but Francesco always uses the right tool for the job. 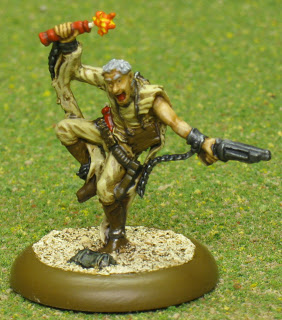 I still have a few more Ortegas to paint before I can field a full Guild crew.  I also have a Peacekeeper, because I like the big robots; and Samael Hopkins. I’ll post more pictures once they’re finished.